Aunt Len was Lenon Holder Hoyte, a retired public school art teacher who amassed one of the most extensive and varied private collections of dolls and toys in the country. Her home was a three-story brownstone at 6 Hamilton Terrace that she bought in 1938 with her husband, Lewis, a pharmacist, shared with thousands of dolls, dollhouses, glassware, vases, cherubs, tin toys, and stuffed animals, stacked on the floor, crammed into glass cases and layered on all manner of tables and shelves.

Aunt Len’s Doll and Toy Museum in Harlem was a fixture where schoolchildren and collectors were welcome while grown-ups had to persist to gain entry.

To go through Aunt Len’s, which opened around 1970, was to enter another world where hundreds of pairs of glass eyes set in bisque, cloth, plastic, wood, and papier-mache stared back at visitors who made their way through the narrow passageways of the crowded ground floor and basement.

Mrs. Hoyte’s passion began in 1962 after she was asked to manage a doll show to raise funds for Harlem Hospital. After that, she became more and more involved in doll collecting for herself and traveled throughout the United States, Europe, and the Caribbean buying dolls, dolls, and more dolls. Mrs. Hoyte did not focus on any one kind of doll, but her collection’s numerous black dolls were highly sought after. Unfortunately, Mrs. Hoyte became unable to take care of the museum, it was closed and the collection was dismantled and auctioned off.

The legacy of Lenon Holder Hoyte and Aunt Len’s Doll and Toy Museum is one of love and dedication that lives on in the many private collections around the world and in ‘The Doll Plays’ by playwright, composer, actor Alva Rogers. 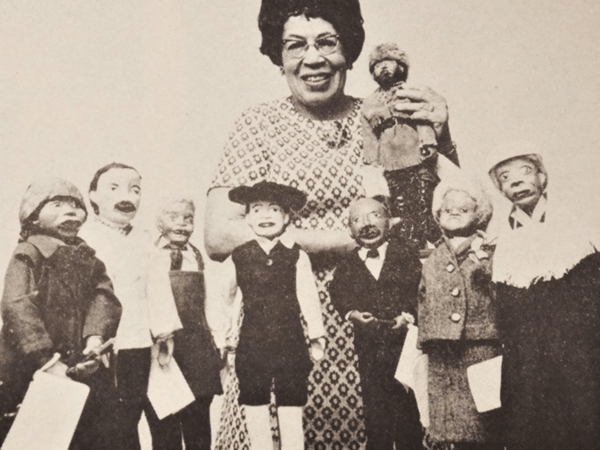 Ida Roberta Bell (1904-1992) was an educator and doll artist, well known for her hand-sculpted dolls… 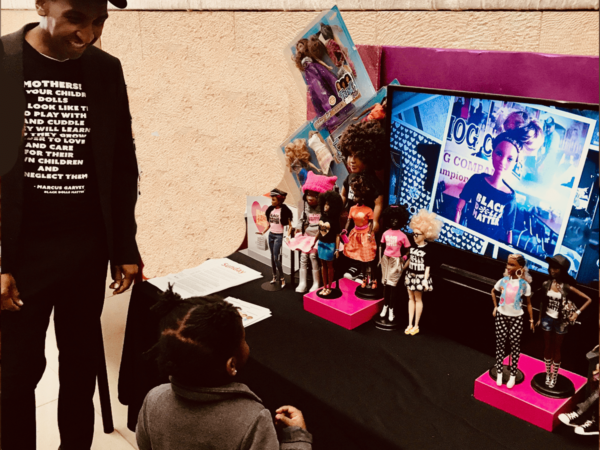