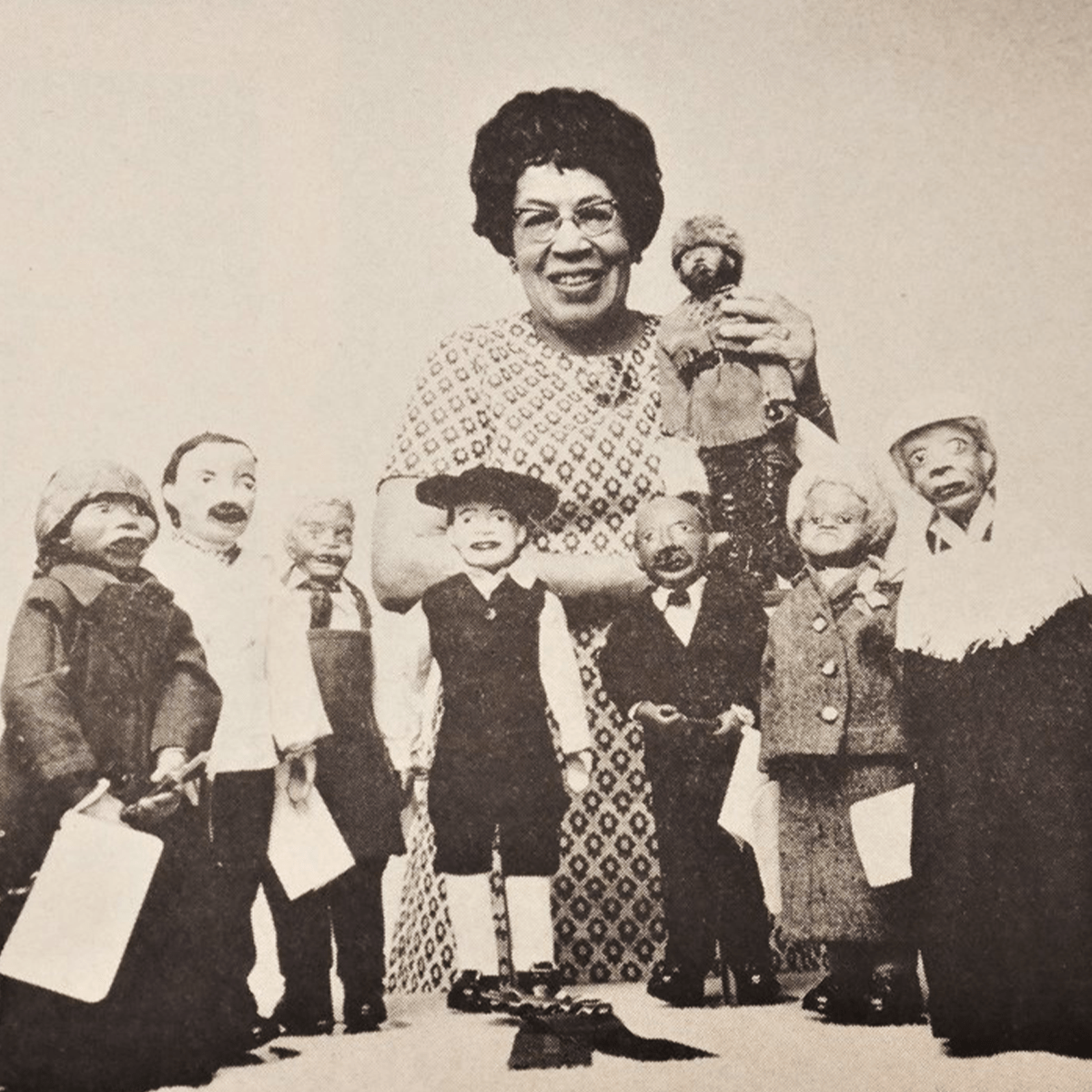 Ida Roberta Bell (1904-1992) was an educator and doll artist, well known for her hand-sculpted dolls of famous African American leaders that she used to teach Black history to her elementary students during the 1960s.  Bell made her first dolls in the early nineteen forties using papier-mache, clay, and cloth.

Born in Nashville, Tennessee the daughter of a teacher and an artist/sculptor, she was surrounded by art and black history. The family relocated to Kansas City where Roberts received her formal education. It was during the 1940s she began collecting dolls amassing a sizable collection housed in a room she called Bertabel’s Doll Museum.

In 1970, Ida Roberts Bell became the first African American woman to be elected to the National Institute of American Doll Artists.

Roberts stated in a September 1971 article in the Chicago Daily News. “When I was a little girl growing up in Kansas City, most Black children only had white dolls to play with, but my father who was an artist and sculptor thought I should have dolls I could identify with.  He removed the heads of my pink-cheeked dolls and replaced them with brown bisque heads and hands he fired in his own kiln.”

“My High school principal had graduated from Tuskegee Institute and he was a friend of Dr. Carver.  He brought him to our high school twice—back in the twenties.  I had a chance to shake his hand, and that’s why I started with him.”

The Carver doll, in her words “helped Black history come alive for the class… It was then I decided to make dolls with a serious purpose.” “I want every Black American to be aware of his heritage and be proud of it.  I want every White American to know it.”

Bell became a full-time doll maker post-retirement depicting African Americans who “played an important role in the growth, culture, and history of America.” 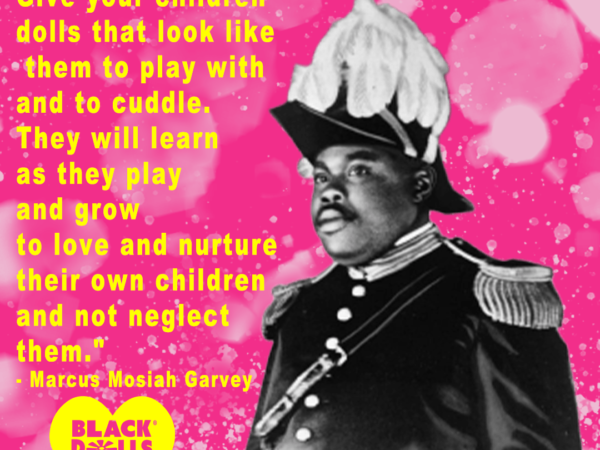 Marcus Mosiah Garvey was born on  August 17, 1887. He was dedicated to improving living conditions… 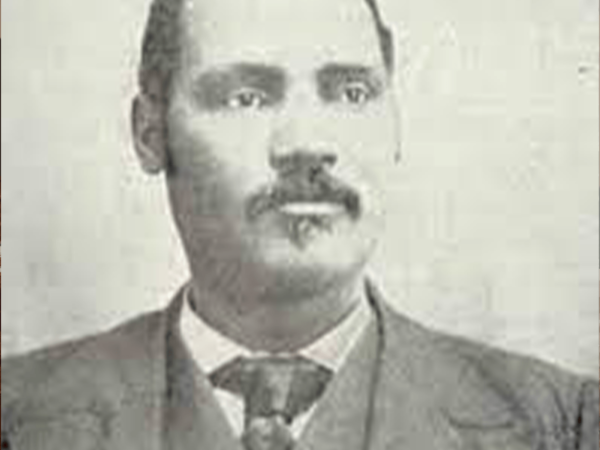 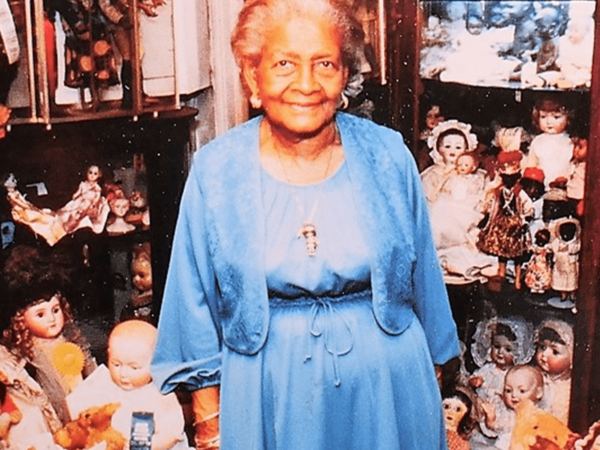 Aunt Len was Lenon Holder Hoyte, a retired public school art teacher who amassed one of…